James K. Bonnette August 5, 2022 Nightclub city Comments Off on A defibrillator has been donated to the town center Bridewell pub in memory of a ‘kind and caring’ customer 8 Views

A A potentially life-saving defibrillator has been donated to the town center pub, The Bridewell, in memory of one of its popular patrons who died earlier this year.

Spencer Haizel was just 31 when he collapsed in January from sudden arrhythmic death syndrome, diagnosed when a person suffers cardiac arrest, the cause of which cannot be found.

The family, including his mother, Karen, and friends have raised money to buy the defibrillator – which delivers a high-energy electric shock to the heart of a person in cardiac arrest – through the Oliver King Foundation which aims to increase the supply of lifesaving devices across Britain.

And they introduced him to the Bridewell in Campbell Square because that was Spencer’s favorite pub.

“Another hope is that it can prevent such a tragedy from happening to someone else.”

Fiona said the Oliver King Foundation stepped in to train her and her staff on how to use the defibrillator and explained how it works, and they will return every year to provide refresher courses and/or to train new employees: day, we are not only there to serve customers, but to offer them assistance if they need it.

She said: “Spencer used to come here with three or four of his friends quite regularly, and it’s a privilege that they chose us to have this.

The defibrillator will be placed by the door of The Bridewell, next to a plaque and a picture of Spencer “so he will never be forgotten”.

Spencer lived in South Liverpool and was a web designer who worked with numerous agencies across the city.

Josh Wilkins met him at work about seven years ago and the couple became good friends.

He said he thought Spencer would be really proud to have the defibrillator donated to his memory, and he smiled, “And I think he’d be proud to have his face on the wall of The Bridewell as well.”

Josh described Spencer as a man with a great sense of humor. Huge Liverpool fans, the couple have attended many LFC games together and he added: “Our relationship was all about laughter, we used to sit and laugh constantly. 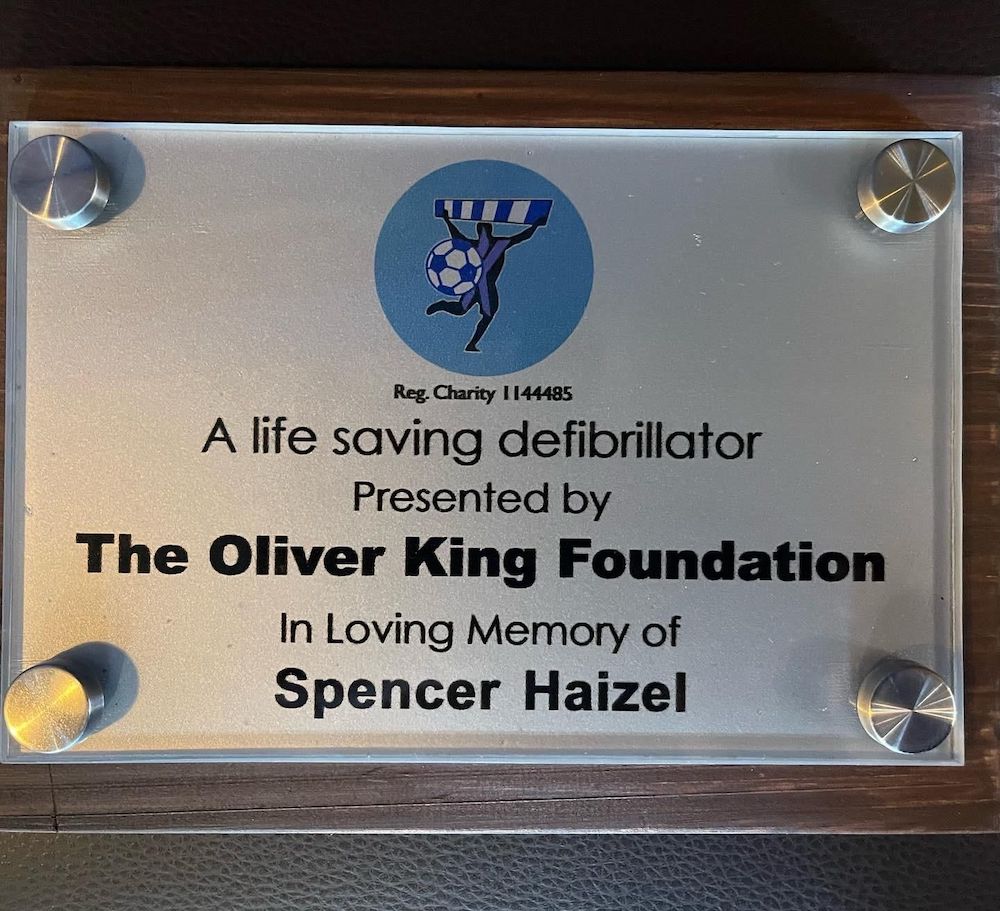 “But he was also a very kind and caring person who cared for others, so that sums it up. It’s a positive to come out with a huge negative.

“The Oliver King Foundation installs them all over the country and they have already saved the lives of many people.

“By giving this one to The Bridewell, we hope people benefit from it.”

Fiona Hornsby has revealed that following the defibrillator’s donation to The Bridewell, she plans to buy one herself to install at her other venue, The Denbigh Castle, in Hackins Hey.

She says the more devices, the more people can potentially be saved: “The ambulance service is under such pressure so if we can use these machines to buy someone time before they can do their magic, then that can only be a good thing.

Previous Thailand nightclub fire: At least 14 dead after bar fire
Next Man and woman charged in connection with bar stabbing | KFI AM 640