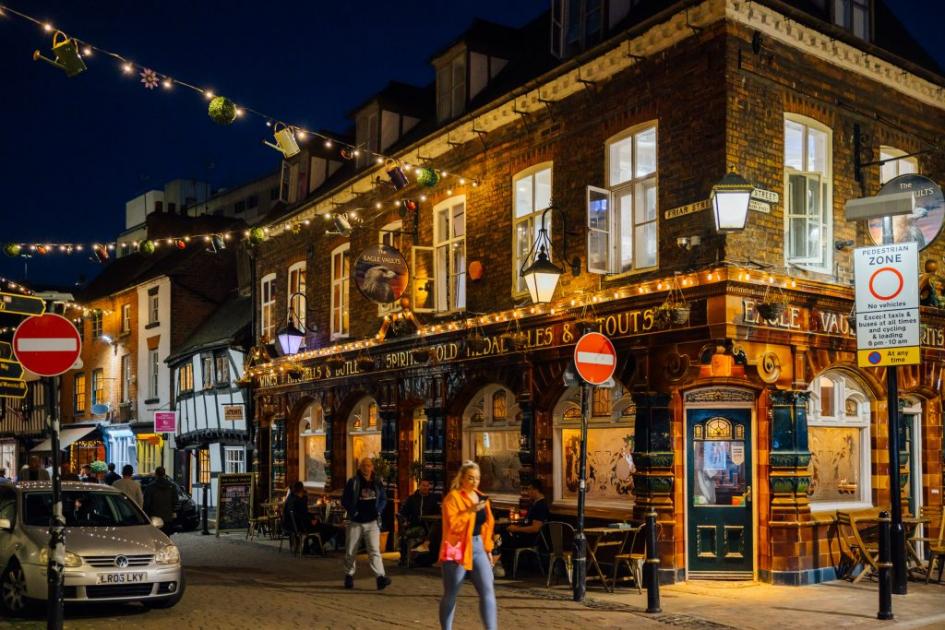 The City of Mississauga says it has issued a suspension notice for HER Adult Entertainment Club for the next two weeks following several crime-related issues associated with the business.

A statement from the city says HER nightclub “will be subject to conditions that they must comply with in order to maintain their adult entertainment operating license and restaurant license.”

In mid-August, the adult nightclub at 1325 Eglinton Avenue East near Dixie Road had been at the center of an “increased risk” alert issued by police.

Police warn of ‘increased risks’ associated with Mississauga’s HER nightclub

Investigators said officers have responded to more than two dozen incidents in and around the nightclub since Jan. 1, 2021.

The story continues under the ad

Days after the security alert was issued, investigators said they arrested two men outside the club for suspected firearms and drug offenses during enhanced patrols.

Just last weekend, in the early hours of September 4, police were again called to the parking lot of HER nightclub to reports of a shooting.

One man was taken to a trauma center in critical condition while another was treated at the scene, police said. They also said a bullet went through the window of a restaurant in the same square.

“As a city, we are doing what is in our power and within our jurisdiction to respond to ongoing safety issues and help keep our residents safe,” Crombie continued.

“Gun and gang violence has no place in our city and threatens not only the lives of those involved, but also the safety of innocent bystanders who may end up in the wrong place at the wrong time.”